The General Assembly of IGH eG elected two new members to the Supervisory Board at its meeting on October 1st, 2021. These are: Stephan Margull (HSI GmbH) and Thomas Kemler (Heinrich Kemler GmbH & Co KG).

The term of office of the newly composed Supervisory Board began with immediate effect and will last three years. The committee has appointed Michael Glomp as chairman of the supervisory board, with Alexander Wippel acting as his deputy.

We are very much looking forward to working together with this diverse and competent body,” said Managing Director Martin Heinen. 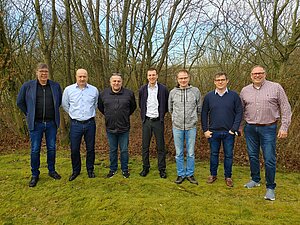